Tale of the Blue Hue - Boojum!

Tale of the Blue Hue - Boojum! 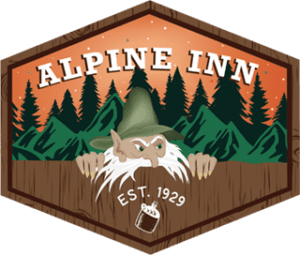 High in the hills and deep into the blue hue lies a creature of myth and lore.

Those who dare enter this frightening realm may find themselves being watched from afar. In fact, in 1909 Justice Heriot Clarkson was one of those brave souls to enter this peculiar place and hike those mystical trails. He started at the base of the mountain as some of you might know as Turkey Cove. As he climbed, zigged and zagged up the Blue Ridge Hills he came to a clearing not quite atop the Grassy Creek Mountain. He looked around at the wonder and beauty and couldn’t help but have the emotions from his childhood in the Swiss Alps flood his very existence. In his sack he carried liquor crocks or as you might know them as whisky jugs for those long nights on the go. But be forewarned, that’s where old Justice made his mistake for the Boojum desires these crocks for his sacred collection in the hollows. The Boojum is not quite man but not quite beast. He craves precious gems but most of all, the beautiful women that roam the vistas. The crocks are where he stows the most valuable of refined gems. For that is why the Boojum is here in Mineral City, to stack his cache high and roam the trails. His favorite hour is the daunting hour, twilight if you will. That’s about the time Old Justice made his blunder to discover this horrible fiend. Boojum crept out from behind a tree and made a terrible scream. He snatched Mr. Clarkson’s special brew and off into the night he went to scavenge around and fill his newly found jar. Justice didn’t know what do to but follow his feet away from danger and down the mountain to rid his sight of the hideous beast. Should you find yourself wanting to seek the half man half beast at those daunting hours move forward with caution. Not because Boojum is dangerous or ill intentioned but because his very face may render you motionless and unable to flee away. But at Sunset if you listen very close some say you can hear his grunt off in the hills. As for me? I prefer my whiskey on the balcony and leave Boojum alone.